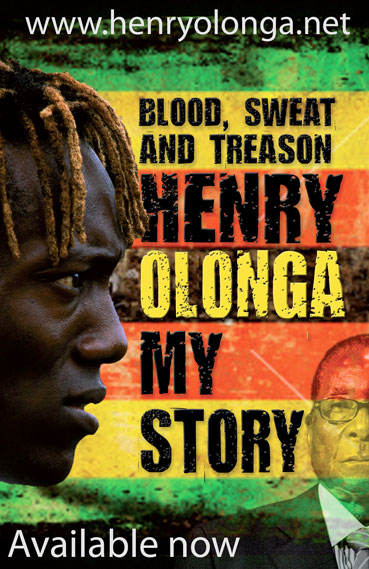 Hardback edition of the critically acclaimed autobiography of Zimbabwean cricketer Henry Olonga – famous for his black armband protest against Robert Mugabe which saw him forced to flee his homeland in fear of his life – which was longlisted for the William Hill Sports Book of the Year award and nominated for the ‘Best Autobiography’ award at the British Sports Book Awards 2011.

This revised and updated edition includes a new chapter in which Henry talks about what has happened to him after the book was first published, including the reaction from the Zimbabwean government and a new twist in the tale.

Henry Olonga was Zimbabwe’s first ever black cricketer and the youngest ever player to represent his country at international level. A fast bowler, he made his Test debut for Zimbabwe, aged 18 years old against Pakistan in 1995 and recorded career best Test figures of 5 for 70 against India in 1998. He still holds two out of three of the best bowling figures for a Zimbabwean bowler in One Day Internationals. He now lives in England and has embarked on careers in music, art, public speaking and cinematography.

Signed copies of the book are available from Henry’s website www.henryolonga.net

This is a book that must be read.
Henry Blofeld, July 2010

“One of the most compelling stories I have ever read, and one that is certainly quite unlike any other cricketer’s autobiography. 4.5 out of 5″

“Few international cricketers have come to be defined by a single incident like Henry Olonga. Perhaps this is why his autobiography is refreshing when compared with those of his contemporaries. Most sporting autobiographies are written because the subject has a cricket story worth relating; Olonga’s makes an excellent alternative read because he has a life story that’s worth reading.”

“There are men who should be tied to a stake and forced to read Henry Olonga’s book from cover to cover… men of whom it can be said that Olonga has more courage, decency, idealism and integrity in one finger of his bowling hand… Olonga’s story is told engagingly and straightforwardly… it shows that the summer game can produce men of courage and principle to lighten the darker days of humanity’s winter.” ★★★★✩

There are no reviews yet, would you like to submit yours?